„Tindergarten“ has been chosen to be the word of the youth in 2016 – in times like these a sex dictionary is exactly what we need. Every year the neologisms are getting weirder. That’s a fact. Why do we keep creating new words if we don’t even know how to use the “old” ones? Some situations require some kind of knowledge so you don’t have to run to the bathroom to google stuff just to get out of an embarrassing situation.

I was visiting my parents. My mom’s best friend and her 12 year old daughter were also there. We were having a cup of coffee and some cake when the little girl suddenly put her forefinger and her middle finger in front of her mouth and started playing with her tongue between them. WTF??? It was like in the movies: I looked at her in shock, my mother and her friend saw that and also looked at her. “What?”, my mother asked confused.

“Uhhhm”, I couldn’t think of anything that I could tell her, to be honest. Is this girl really serious? Does she know what she’s doing? Little madam was starting to giggle like the little schoolgirl she was. Just a second. Who is playing tricks on who here?? Of course she knows what she’s doing! Dude!! And then she did it again! “Oh that, I’m also sometimes doing that”, said my brother who was very entertained by the whole scenario. “What? What does it mean?” the girl’s mother wanted to know, being slightly concerned by then. The girl did it again, laughing mockingly. I’m so shocked right now! “It means peace!”, the little girl said, continuing the tongue-game between her fingers.

my mother said, also putting her two fingers in front of her mouth, also doing it. I’m about to faint. Mother, no!!! Don’t do that!!! I will never ever be able to forget that picture…!

And I swore to myself that something like that is never ever going to happen to me. Teenage slang or not. You have to know things like that! To give your kid a high five, in the face if it ever does shit like that, trying to fool you even more than it already does.

That’s why I’ve been collecting and writing down all the funny and disgusting things I could find regarding sex. Here’s my sex dictionary!

Sex Dictionary: Section 1 from A to L

…is short for “Ass to Pussy”. Yep, you guessed right. What you’re doing here is putting it in the vagina right after you had in the ass.

Penis plus arm-pit equals arm-pit-fuck, short: APF. It means that the guy is rubbing his penis against the arm-pit of a woman.

What you’re doing here is fucking the knee-pit of your sexual partner. Leg day at the gym should be paying off double here!

Tea Time!! Bagging is short for tea-bagging. The testicles of the man are being let down into the mouth of the partner softly and taken out again. Just like when you’re dipping a teabag into the cup.

Great, who won’t ever be able to have a cup of tea without picturing this? Right. ME!

Shot… you little alcoholics are probably thinking about taking shots! Well not even close. Shot means that a guy is ejaculating on any part of the body. We’ll get to know some more of those, but let’s start with B – bellybuttonshot. The guy tries to aim directly at the belly button.

How nice it has been tingling in my belly button!

You were thinking “best friends forever”? Nope, nope! Belly-fat-fuck. That’s what it is.

Boy-cream is just another word for sperm.

And sounds a bit nice while dirty talking. 😉

Whoever likes boy-cream will absolutely love this! A lot of men are putting their shots on the woman’s face at the same time.

I thought that this was the most disgusting thing, I’ve found. But just continue reading!

A lot of people love the chicken or butterfly position. The passive part lies down on their back, lifts up their lower body and legs and, voila, looks like a chicken! Like that the active part can penetrate them from above.

Everything associating food is kind of weird…

If you’re doing it Chinese the woman lies on her back with her ass rested on the man’s thighs. He is kneeling in front of her. Like that he can get inside her way deeper to stimulate the G-Spot as well as her clitoris. 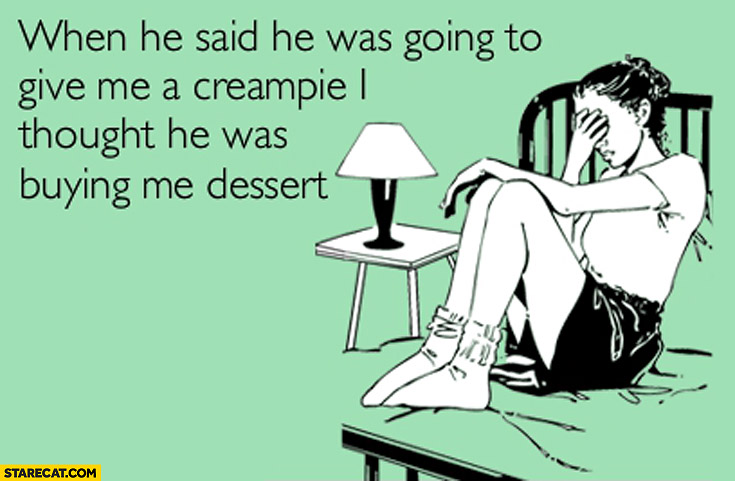 And that’s how fast you can save calories!

A lot of men ejaculate inside some kind of container. One or more women have to drink it afterwards.

After receiving a shot in her mouth the woman isn’t allowed to swallow. She is supposed to pass it on to another person’s mouth. And so on…

Cut just means that the man’s penis is circumcised – the foreskin has completely or partly been removed.

I don’t care about that…

Some of you might know this one already. Deep Throat is a kind of oral sex where the penis goes down the women’s throat pretty deep. With some exercise you can control the reflex to vomit, ladies.

I can’t do it – even with exercise. I always feel like vomiting. And damn – it’s unbelievable how many men want that!

What sounds like an expensive treatment at the dentist is really a sheet you put on the vagina during oral sex. It’s supposed to reduce the risk of sexual transmitted infections (STDs).

It’s actually more of a fictional thing. But I’m pretty sure there are enough people who would like it.

Yaay, shots again! This time it aims at the ear of the partner. It’s an alternation to the facial where the ejaculation goes straight to the face.

Hmm, I don’t know what’s so good about that. I mean how the heck are you supposed to get that stuff out again??

Best thing that can happen, in my opinion!

As you probably already guessed: Ejaculation on the eye of the partner.

Happens sometimes – “accidentally”. I absolutely don’t find that stimulating. Not at all.

FA is short for Fat Admirer. If you like having sex with obese people.

To each his own, right?

Ejaculating at your partner’s face. As you’ve already learned, there are a few alternations to it like the earshot.

A lot of woman feel humiliated by it. That’s why there has to be a lot of trust when doing it.

A person who gets aroused by rubbing himself against other people. It doesn’t matter if that person’s a stranger or someone you know. They often do it in public e.g. a full train. 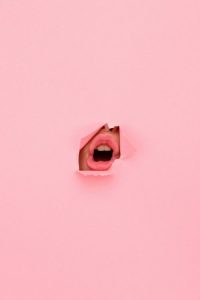 It’s when you have anonymous sex through a wall. The partners are being separated by a wall each one in their own room. A hole inside the wall makes it possible to have sex with each other.

It’s slang for urophilia – peeing on your partner or being peed on.

During goldfish sex you’re not allowed to use your hands. So: You can’t touch this! They are being tied on the back.

That must be super hard… and super funny! 😀

Respect to all the ladies keeping up with that. Seriously.

Preference for a specific part of the body.

So, booty or booby? Or feet?

The man is not allowed to ejaculate. To achieve that a special spot between testicles and anus has to be squeezed.

Why? To keep it up longer – literally. But be careful: if you miss the spot the sperm goes inside the bladder. Not cool.

Kunyaza has its origins in Africa. The Penis moves rhythmically on the clitoris of the woman and labia of the woman. This soft movement is supposed to make him orgasm.

It’s mostly practiced during foreplay. As a woman I have to admit: sounds pretty good.

KV is short for Kaviar (German: caviar) and describes the fetish for the use of feces/excrements during sex. They’re being rubbed onto the partner’s body or being picked up with the mouth. Here are more codes for it: Chocolate, Nutella, nougat.

WTF?!?!?!?! That’s the nastiest and most disgusting thing I’ve ever heard. But wait for it. There are a lot more letters to come.

Guys? Do your dress and penis sizes match? 😉

After my mom’s friend was gone, my mom asked me again what it meant. She was so curious and I was still so traumatized.

I had to explain to my poor clueless mother what that K-I-D was trying to symbolize. She didn’t expect that: “What a naughty generation you are”, was all she could say.

Us? I thought – and what about the next one?