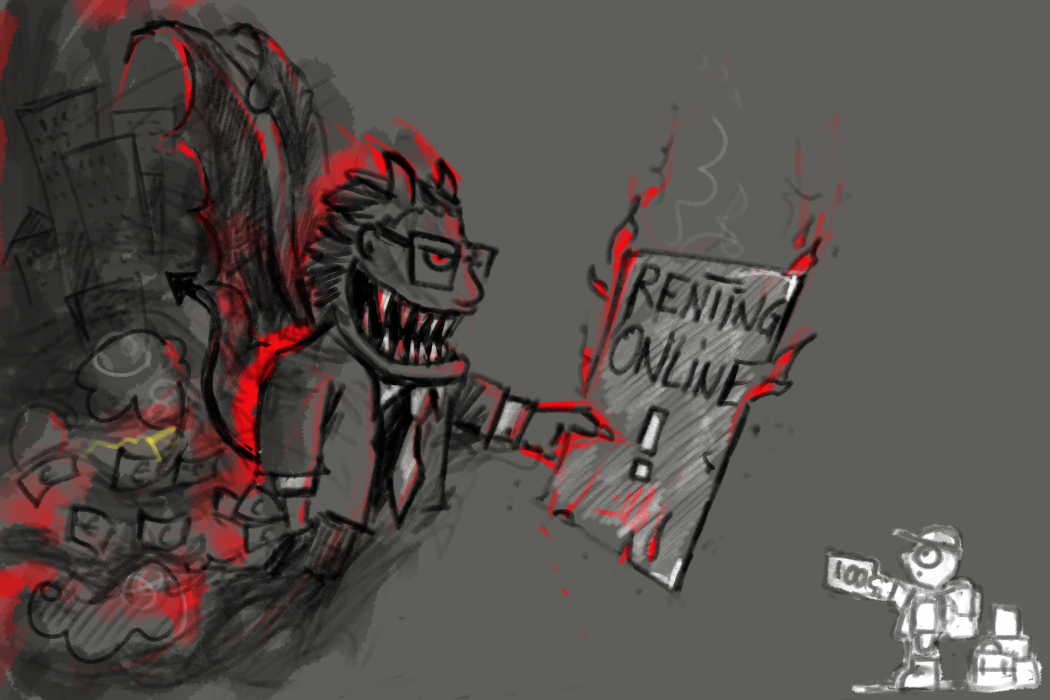 It’s already hard enough to find an appropriate flat as a student, especially in conurbations. As no student has the money to assign a broker to find them an accomodation and as other people are preferred who are already have a job. You are also not on site mostly and so you have to search online for your new home. But there you also have to look out and read carefully because scamming isn’t just a myth…It’s present and the following article shows how present:

Berlin, March 5th 2015 – Looking for and renting accommodation has never been more convenient, as more landlords take to the internet to let their properties. However, with an increasing number of people trusting these online forums, the market has become rife for scammers. nestpick, the new platform for mid to long term accommodation, recently surveyed 500 people from around the world about their experience with online rental scamming to gauge how big of a problem this under-reported crime is.

Increasingly, it is becoming a right of passage that we move abroad in our early twenties. One of the challenges is that we must find a new place to live from afar, before we have even boarded the plane. Although the internet has made this task more manageable, its boundaries provide challenges in being able to verify the identity of the individual and the property they are offering.

With participants ranging from Hong Kong to Australia, it is apparent that the problem transcends borders and has evolved into a global issue. The survey was conducted by asking over 500 people of all age groups from all over the world 14 comprehensive questions regarding their experiences with online rental scams. Most respondents fall into the Generation Y category with 55.8% aged between 22 and 25 and 28% aged between 18 and 21.

Around a third of participants responded that they either know someone who has been scammed (31.3%) or have themselves been victims of online rental fraud in the past (22.8%). The issue is no rarity and has become a reality of renting online, with almost three quarters of the participants (73.8%) responding they are concerned that they will become victims when looking for their next home. With many scams occurring on popular listing sites such as Craigslist and Facebook, 54.1% of respondents said they saw an apartment online that looked fake or ‘too good to be true’ with promises of lavish apartments for a well below market fee, such as those pictured. According to the most recent FBI Internet Crime Report, over $18.5 million were lost to rental scammers in 2013, and these were only the reported instances (8.6% of our survey), meaning the real losses are likely to be in the hundred millions.

There is little information or quantitative numbers as to how many people are scammed yearly. In contrast to the relatively large number of people claiming they know when they are being scammed, not even half of the participants (44.2%) know who to report scamming to. 77% of people did not report this occurrence to the authorities, which could indicate they are not sure of its prevalence, or which jurisdiction to report it to. Those that are scammed are often lured into paying deposits and rent for non-existent properties which can amount to thousands of Euros. This under-reporting could also be due to those embarrassed that they were defrauded online.

We are learning to be more critical

The survey also showed how the gravity of the situation has created a certain awareness in people looking for renting flats over the internet. While over three quarter of respondents (78.2%) believe that the rental market provides an opportunity for scammers, a smaller proportion (59.8%) consider themselves educated enough to know when someone is trying to defraud them. 62.8% are nervous that by organising a rental online they are likely to fall victim to scamming.

When to know you are being scammed

One respondent Diane Salimkhan, (22) became familiar with rental scamming late last year when she moved from Switzerland to Germany.

“I didn’t have time to fly over for a few days so I decided to try and do everything from home which can be really challenging. I turned to an agency that finds flats for expats and they found me a flat which was lovely but unfortunately their fee was 2400€ and out of my budget.” She turned her attention to online forums.

“I resorted to Craigslist, found a listing and contacted the person. The woman that replied, ‘Celine’ used bizarre language. It all looked like a copy-paste job at the time. She asked a lot of questions that were normal coming from a potential landlord, however some were a bit odd, like whether or not I had any close friends or family in Berlin.”

Diane replied saying that she did, offering that her friends could view the apartment for her, which the supposed landlord refused stating that she had to work in Bremen and would only make the trip to Berlin after seeing that Diane had access to the necessary funds. She asked Diane to transfer money for both deposit and first months rent (1500€) to a friend and then send her a copy of the receipt, the transfer number and a passport photocopy. “There and then, I felt that something was not quite right. I didn’t transfer the money, and ceased all communications”.

It seems rental scammers tend to follow similar patterns when pursuing and persuading potential victims, like Diane. The following are five tips to keep in mind to avoid this rental nightmare.

The survey and research indicates that although there are significant numbers of tenants being scammed online, there is little coverage due to low levels of reporting. When making use of online services that ease the process of finding and renting apartments, it is important to be informed and alert before blindly trusting others online.

All about informtation about this Start-up you can find here.